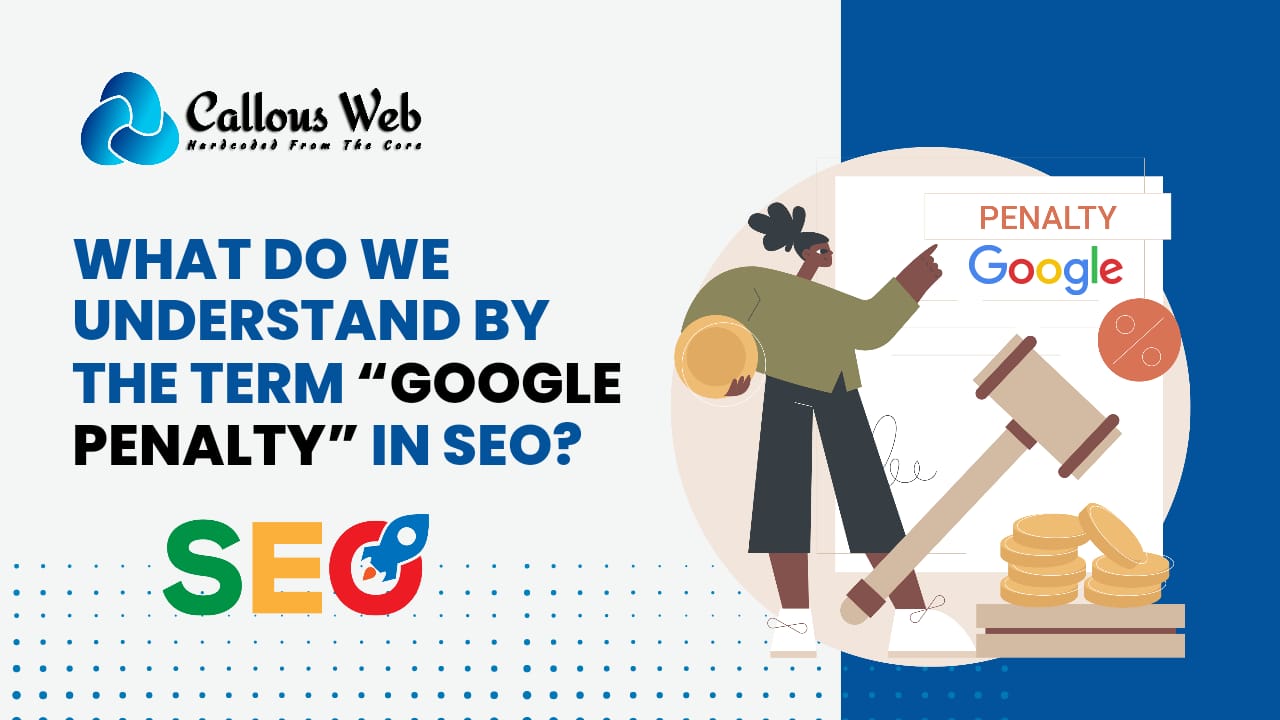 The term “Google penalty” is commonly used in SEO circles and very casually. When a site experiences a decrease in traffic and visibility SEO experts will often say that the downturn is the result of “penalties”, whether that downturn is implemented manually or algorithmically.However, the use of this term is not accurate. The word “penalty” has a different and definite meaning in relation to SEO.

What is a “Google Penalty”?

The only real Google penalty is a Google’s “manual action”. A manual action occurs when a Google human reviewer views your website and in some way reduces your visibility in search engine result pages (SERPs) for violating webmaster quality guidelines in some manner or the other.

Specific Guidelines, Avoid the use of following techniques and your site would not get any Google Penalty:

You may also be penalized for reasons not listed above, but most manual actions come from this list. The penalty does not occur when your site experience downturn in traffic because Google has rolled out a generic algorithm update, affecting several sites either positively or negatively. This process has no official name. But when your site loses ranking, it is often called “algorithmic devaluation”. It’s not a term that exactly understandable to many people and kind of a tongue twister, so this is why the term “penalty” is so often used. However, penalties are site-specific. You can follow these 10 SEO tips to increase your website rank on Google search.

So How a Google Penalty (Manual Action) is different from an Algorithmic Devaluation?

If you have been in SEO for more than a month or so, you must have heard of the dreaded manual action. Manual actions are exactly as named – manual actions applied to your site by Google, or more specifically a human at Google, instead of an algorithm.

This occurs when Google finds that you have violated their webmaster guidelines and they “slap you on the wrist” (or sometimes slap you completely), for what you have “done wrong” – in other words, a Google penalty.

The effect of manually applied penalties on sites varies from website to website depending on the severity of the problem and the violated webmaster guideline, but they can range from a small decrease in site’s ranking to complete removal from the Google search results.

Rank you website at top of the search results, get best SEO services.

How will you know if Google has applied a Manual Action?

When Google applies the penalty directly to your site, they will notify you through Google Search Console. This is one of the reasons why setting up Search Console is so important for your site.

“Google puts a manual action on a website only when a human reviewer at Google comes to know that the web pages on the site are not complaint with Google’s Webmaster Quality Guidelines. Most manual action addresses attempt to manipulate our search index. Most issues reported here will result in pages or sites being ranked lower or removed from search engine results without any visual indication to the user. If your site is affected by a manual action, they will notify you in the Manual Actions report and in the Search Console message center.”  – Google Search Console Help

The main difference between manual actions and algorithmic issues is that manual action penalties are all known and can be reviewed on Google’s support page for understanding and fixes. With algorithmic changes, Google’s response is often – because there is nothing to fix.

Here are some of the manual actions that can be applied by Google on a site:

When you visit the site to review these items, Google has given a drop down for each that will tell you how to fix them. However, these improvements can be complex.

While a manual action can be removed with a proper reconsideration request, an algorithm devaluation cannot be fixed. For algorithm issues, you will have to wait for the algorithm update to run again. This was one of the core contentions with old Penguin (before it became “real time”). There was up to two years between updates and between sites and they could not regain their rankings.

With manual actions, all you have to do is fix and request removal. If Google concludes that you have done what you should to fix the site and that you won’t violate the guidelines again, they will remove the penalty.

Why Are Algorithmic Devaluations Not Penalties?

This is very simple.

Algorithms may devalue sites and restrict their visibility & traffic for not meeting the best practices of the Webmaster Guidelines and the Google ranking factor(s) which algorithm is supposed to target – but it can also upgrade the site’s value in search results and give it much wider visibility and traffic. Because algorithms can make your site rank up or down in terms of visibility and/or traffic, a devaluation cannot be considered as a penalty because, if your site gets upgraded in ranking instead of a downturn, the term “Google Penalty” could not apply.

One final note: SEO experts will probably never stop referring the colloquial version of the term “Google penalty.” It is much easier to tell a client they had a loss in visibility and traffic because of a penalty than it is to try to explain “algorithmic devaluations,” even if that is what they are most of the time.

Reach out to us for more information at contact@callousweb.com

If you liked this article please share it on social media.